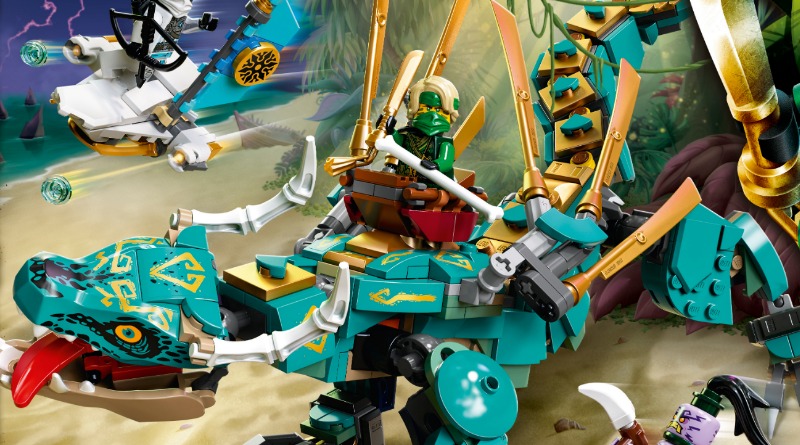 LEGO Group has added NINJAGO season 14 wave to its online shop. This allows us to have a closer look at these sets.

You’ll be able to order all four Season 14 sets from March 1, in line with the rest of this year’s staggered releases across Star Wars, Disney, Friends, TechnicMarvel, and many more. In previous years, most of these sets would have launched in January, but for reasons unknown – perhaps pertaining to the pandemic, perhaps not – the LEGO Group has decided to splinter its set launches for 2021.

That’s not necessarily a bad thing, though, as it means you’ve got a little more time to spread your purchases out over the year ahead (with no fear of missing out on any given set). So while January’s NINJAGO Legacy Sets may have put a dent in your LEGO budget., you’ll hopefully still have room on your shelves for the Season 14 sets, which present a wild new jungle aesthetic for the long-running action theme.

There’s also one last Set of NINJAGO Legacy launching on March 1, 71740 Jay’s Electro Mech, which reimagines 2015’s 70754 ElectroMech as a 4+ set. Here’s the full list of LEGO NINJAGO sets you can expect next month: